Abstract:
Linguists think of Burma as an area of great ethnolinguistic diversity. The politics of Burma – indeed, most aspects of thinking on the country – are premised on this diversity. Today, we understand the country as having around 135 ethnic groups, with more seeking recognition.

Yet this understanding of the country’s ethnic diversity represents a technology of governance which the British introduced to their new colony during the early decades of the colonial era, from 1824 to 1948. Technocrats and scholars used language as the primary criterion to classify the population. Today, Burmese of all backgrounds have adopted British-era understandings into how they understand themselves.

I explore the history of the association between linguistic classification and ethnic identities, both of which continue to evolve and change over time. I highlight older local understandings and practices related to identity, community, and allegiances, some of which are still in tension with the newer set of ideas related to ethnicity. In relation to current ethnic groups in Burma, I consider several ethnonyms whose meanings have changed over time, which suggests that the modern categories are not now, nor probably ever have been, stable. 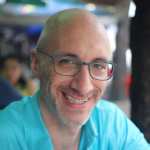 Patrick McCormick is a historian and linguist who has been living and working in Yangon, Burma for fourteen years. He has worked as the country representative for the École française d’Extrême-Orient, and was part of a four-year research project on language contact in and around Burma through the Department of Comparative Linguistics at the University of Zürich. He has also worked as a consultant for local and international NGO’s related to social monitoring, immigration, and mother-tongue education. He has published on the ethics of doing research in Burma, language contact between the Mon and Burmese languages, language planning and language policy, and on research related to Burmese and Mon history.